re-issue of an old MC …Black vinyl
rgreat moment of Prurient!Utterly destructive and heart-wrenching power noise and catharsis from the don gorgon of Hospital Productions, making his first album confession since the release of the stunning Frozen Niagara Falls.

Taking almost 40 minutes to spell out a litany of ills that mark up as classic, pain-saturated Prurient in contrast with the more layered, nuanced narrative and more complex production values of his last album, the set boots off with the infernal backdraft and flagellating vox of the album’s most succinct piece, Let Your Mind Free (Whip The Corpse). Sharp blasts of noise distortion conceal a forlorn Fernow vocal, like that classic Lynchian conceit of obscuring dialogue at the most crucial moment, perversely enhancing narrative through obstruction. It’s a brilliant, disturbing, opener.

Sore chord progressions and those same distanced vox crushed by needling distortion fill the nine minutes of Before Rain Becomes Snow with much emotional impact; revealing a sort of disturbed and buried Shoegaze appeal that sounds like a Grouper x Prurient recording session from another dimension.

However, the album’s most captivating tract comes with the gaping black holer, In The Ruins of My Brother – where the distortion dissipates to the edges, allowing vast blooming bass flares and slithering high registers to wrap around the neck with a spacious, full spectrum dominance that recalls Prurient’s Pleasure Ground classic, before Red Poppy Laughter slips back into an opiated sort of naval-gazing noise bliss. 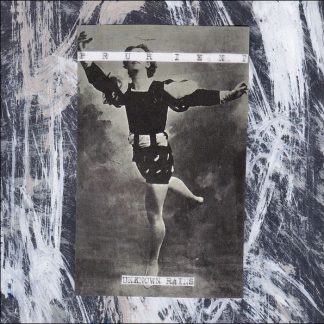