First released by Cold Meat Industry’s sub-label Cruel Moon International (1995), the occultic and atmospheric solo project of Proscriptor (ABSU) smears an avant-garde style of Pagan Folk Rock / Dungeon Synth / Medieval music with ‚The Venus Bellona‘. An invigorating and magic(k)al listen to reveal ‚the inner domains of immortality‘ and an adulation of the Greek goddess. Venus also represents the alchemic(k)al metal of copper, whereas Bellona is the Latin term for „war goddess“ to complete the bewilderment of the album title. A collection of deathless fables gathered from a wide variety sources: from his ancestral attributions of Scottish heritage to superstitions and the Dominion folklore of Thoth. Handed down to his shadow from generation to generation, and once told in musky crofters’ cottages and draughty castles, these spellbinding tales of ‚The Venus Bellona‘ will thrill and possess followers of all durations. 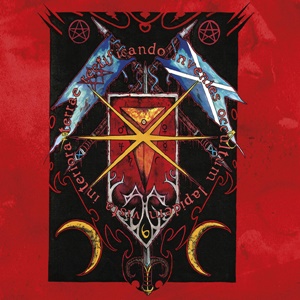