on this, his second solo album, the exceptional artist that is philipp münch has assimilated musical influences spanning the last four decades, bringing a brilliant and contemporary release into being, just as he did on last year’s ‚into the absurd‘. supported by a number of musician friends he puts an emphasis on vintage electronics and creations ranging from classic rhythmic noise and minimal electro to cinematic ambient whilst retaining a modern edge which sets him apart amongst those who work only for sheer nostalgia. a clearly noticeable component on ‚mondo obscura‘ is the expanded range of vocals performed by philipp himself and guest artists such as kyoung-hi roho, riotmiloo (eva|3), tim kniep (synapscape) and dan gatto (continues, babyland). this multitude of vocalists creates a vast subset of accents and moods ranging between melancholy and aggression. musically, moody minimal pop tunes alternate with harsh power electronics and space-age ambience performed with a high amount of flexibility on rhythms, effects and sounds. a very strong, personal and complete release that deserves close attention, highly recommended to those who are eager to look beyond the limits of musical styles. (Ant-Zen) ACT275 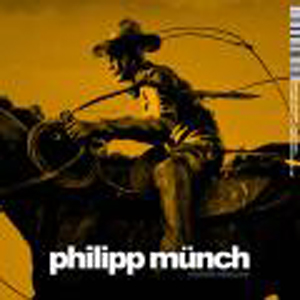