PETER BJÄRGÖ & GUSTAF HILDEBRAND – OUT OF THE DARKLING LIGHT, INTO THE BRIGHT SHADOW – CD

Previously released in 2006 as a strictly limited edition on Bjärgö’s own label, Erebus Odora, „Out Of The Darkling Light, Into The Bright Shadow“ now receives a worthy re-release treatment. Peter Bjärgö and Gustaf Hildebrand collaborate on an album that marks a significant departure in style for both parties. Abstract electronic beats and rhythms collide with occultism and brooding ambiances to conjure up images of secret societies, locked away in candle lit chambers below street level, performing rituals the outside world is blissfully unaware of. A unique fusion of ambient, ritual and electronic elements, it offers a glimpse into a world just out of reach, a world where the state religion was penned by Aleister Crowley and where esoteric symbols have the power to influence both mind and body. Features a previously unreleased bonus track. Edition of 600 copies in 4 panel digipack. 10 Tracks. Running Time 53:31 43th cycle 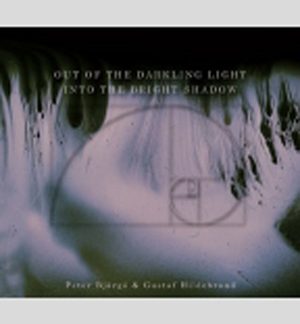 Du siehst: PETER BJÄRGÖ & GUSTAF HILDEBRAND – OUT OF THE DARKLING LIGHT, INTO THE BRIGHT SHADOW – CD 14,00 €
In den Warenkorb