Like baking a sweet cake or cooking an indian dish you need good ingredients and spices to get the right mouthfeel and the splendid flavor of your desire. ‚Music for Film and Exhibition II‘ is just like that: a levelled declitre of raison d’être, a brimful tablespoon of Atomine Elektrine, a couple of teaspoons of Necrophorus and a little bit of this and little bit of that, mixed into a perfect blend of many tastes. Peter Andersson, well-known from projects like Raison d’être, Stratvm Terror, Necrophorus and Atomine Elektrine, shows here broad spectrum of sonic atmospheres, like if all of his different music projects were combined into one. From ambient-drone-textures and electronic chill-out to concrete sounds to even pure atmopsheric piano tunes. ‚Music for Film and Exhibition II‘ is the sequel of ‚Music for Film and Exhibition‘ (Yantra Atmospheres, 2007). While the previous output contains collected works from different exhibition projects and movies spanning from 1999-2005, this sequel is focused on one single project; an exhibition. Peter Andersson has lately worked as a media producer at Swedish Air Force Museum and being involved with their new large permanent exhibiton about the Cold War. Within this project Peter has worked with sound design and movie production in particular. The sonic results are presented on ‚Music for Film and Exhibition II‘. Some of the tunes are used as soundtrack for exhibition movies while the main part are sonic atmospheres and soundscapes to create the ambience of the exhibition rooms. The music is presented here as stand alone productions, displaced from its original context. To fully experience the music in its environmental Raison d’être there is no other way but to travel to the Swedish Air Force Museum. Until then, you may enjoy the music on its own. The CD comes in a six panel digipak covered with beautiful Sunset painting by italian artist Christian Montagna/FLOODSart. OEC135 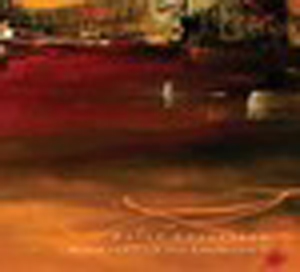