Video teaser:
The Call To Die

Finally on vinyl and comes numberd & sealed with two printed stickers.
This is the 3rd release in the RELEASE NOW! series of Operation Cleansweep.
Containing unreleased Material of lost Tapes and material created during
Operation Cleansweep´s creative period between 1995-2004. Some of these
tracks have been live performed in Munich 2002 and at the bands last gig in
Dresden 2017.
Here you have the typical ground-breaking saw/ing sound of what OC is in/famous
for. This could easily by their best release-and their bands legacy. Operation
Cleansweep unfortunately does no longer exist – but you can still hear the violent
CALL TO DIE! 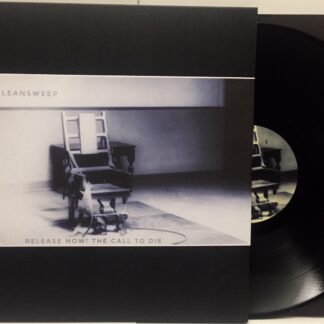