keef baker founded his side project nimon to cope the high amount of intense feelings caused by the loss of his mother, resulting in the album ‚drowning in good intentions‘, a compelling work of deep emotional ambiance. nimon’s second release ‚the king is dead‘ also became a very personal one, a musical dedication to keef’s father who passed away in 2013. this album illustrates this outstanding artist’s self-expression getting along with this tragic strike of fate. more than three hours of music were spontaneously made as a basis for the twelve final tracks which were mastered by the legendary electronic/ambient musician robert rich. nimon’s musical concept is based on the only usage of a digitally manipulated electric guitar to create epic cinematic soundscapes influenced by brian eno, fennesz and tim hecker. a mélange of blissful panoramic drones, distorted textures and deep, reverberated chordplay that will leave the listener in a state of heaviness and weightlessness at the same time. the ability of emotional translation into sound combined with the mastery of six strings generate a continuous flow of ideas that details a unique storyline for each pair of ears to decipher, transporting a different array of emotions that are as uplifting as they are tragic. a compelling inner mind’s soundtrack with feelings of distress, melancholy and, once again, with hope. ANT-ZEN act291 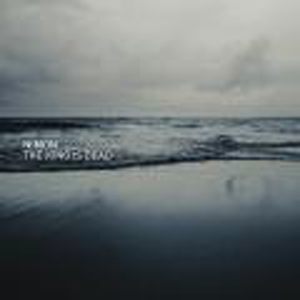