Mo*Te propels forward in the year 2021 with another full-length offering of morphed noise psychedelics on “Throw A Stone”. Guided by the dosed mind of Fumiyuki Nagura starting in the mid-90’s, Mo*Te operated in tandem with many other Japanese noise acts such as Government Alpha, Monde Bruits, T.A.D.M., Cracksteel, Outermost, Robochanman, etc.; acts that served equally important roles in forming the wide-reaching web of Japanese noise music, despite often remaining in the shadow of gods like Merzbow, Incapacitants, Masonna, and Hijokaidan. Like many other scenes of noise scattered throughout the world for the last forty years, Japanese noise has a unique sound and feeling that is ultimately unlike any of its other regional peers, and unsurprisingly, Mo*Te is a project that can not be imitated by anyone else. Two words that come to mind when I think of Mo*Te are “JUNK” and “DRUGS”, perhaps because looking through release titles and track names from his catalog will show that Nagura certainly has a proclivity for themes of damage, refuse, and a consciousness under the influence of mind-altering substances. Weaving together acid-soaked noise electronics, junk metal, delirious vocals and what sounds like field recordings from a densely-populated industrial megacity not too far into the future, Mo*Te takes curious listeners on a trip through dark and caustic alleyways, opening various doors along the way to reveal bizarre scenes of the subconscious; places where thoughts and things tossed away previously come together to create something new, strange, and stimulating.” 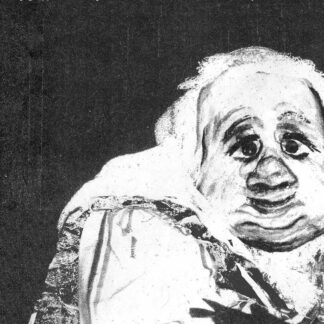