raubbau goes about an ambitious enterprise with this extensive collection, not only re-releasing morthound’s three seminal albums for cold meat industry, but also the sought-after debut cassette, all five exclusive compilation tracks known to man and ten unreleased tracks as well – the entire legacy of what was benny nilsen’s dark musical past. these five discs cover the 6-year-lifespan of morthound and showcase its remarkable metamorphosis from an outlet for noisy juvenile experiments over eerie death industrial and refined dark ambient, via gothic-tinged songs and soundscapes to metal-infused tracks. raubbau has always had a soft spot for artists from the small swedish industrial town of nyköping, like negru voda, deaf machine and the protagonist, and now here’s benny nilsen, possibly the most productive among the lot. he started morthond (originally without the ‚u‘) as a 15-year-old and released the ‚death time‘ cassette on the cold meat industry sublabel sound source just a year later – a sought-after collectors item today. what followed then were three seminal cds for cmi (that have long been unavailable as well) on which nilsen kept reinventing the morthound style before he called it quits in 1996. he then continued to work under the ‚hazard‘ moniker before taking to his actual name, releasing mostly on the british cult label touch. nilsen, having meanwhile relocated to berlin, is nowadays recognized as a leading artist in the area of field recordings and electronica with a sophisticated, academic approach. even though morthound has long been put to rest, one should not underestimate its relevance, as all three cmi albums have had an enormous impact: ‚this crying age‘ still sounds a great dark ambient album today, but its release was actually nothing less than a formative act for the genre; ’spindrift‘ with its lush atmospheres and vocals helped experimental music to break into a much wider scene (you would even hear morthound on goth dance floors at the time), and ‚the goddess who could make the ugly world beautiful‘ with its heavy guitar riffs helped establish the mutual interest between the industrial and the underground metal scenes. morthound was deservedly regarded as one of the leading artists on cold meat industry in the label’s heyday and also performed his music live at the time to great acclaim. it was about time someone made the effort to re-introduce this genre-defining – and genre-defying – classic swedish act in all its glorious entirety… that’s mortology! black heavy-cardboard box including 8 page booklet + 5 cd’s in black gatefold sleeves with copper print. Raubbau raub-022 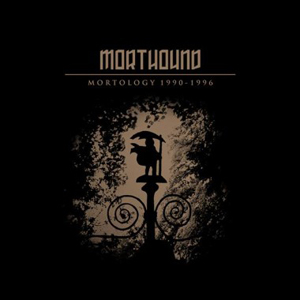