The cacophonic discord of Missing Foundation and the prophetic vision of Peter Missing culminated into a sophomore album following their legendary self-titled debut which was collected under the banner as 1933 Your House Is Mine. This tumultuous effort was brought about in 1988 as a means to educate the forgotten and venerate their followers using brash performance tactics and industrial rhythm to rally their cause. An industrial soundtrack of urban protest, Missing Foundation found their voice, garnishing attention from the mainstream as well as being lauded by underground. The cultural divide had been marked with Missing Foundation’s flipped martini glass signature declaring that the party was indeed over. After being out of print for almost 25 years, Dais has reissued this legendary recording in a limited edition of 500 copies. 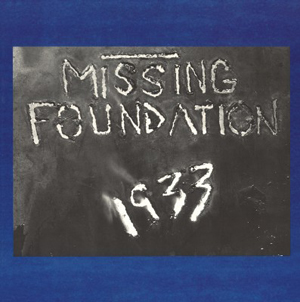