Information taken from elsewhere that does not appear on the release:
„This two C.D. set comprises of three previously released tracks selected from Drëun and two tracks from Ligeliahorn, seven tracks that have only been available as bad quality bootlegs, which would have comprised the never released For The Raven, three tracks taken from the compilations The Archangels Of Sex Rule The Destruction Of The Regime (although a slightly different version being the original live recording before gongs were added), Slaughter Of The Innocent and Interchange Compilation and seven other previously unreleased tracks newly brought up and dusted down from the Metgumbnervaults.“
Tracks have been re-titled for this release. 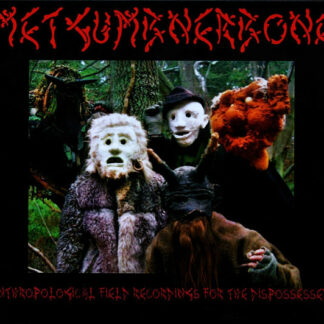