Linekraft (aka. Masahiko Okubo) a solo noise act, who also happens to be
in charge of metal percussion in Grim.
which has been gaining international recognition in recent years of
Japanese industrial harsh noise/Power electronics.
from electronic noises, mixed with metal percussion and threatening,
shouting vocals.
A fierce, heavy and sonic space constructed world!
The crushed black sound of a crushed black sound, a threatening
nightmare, and a terrifying sound soul.
You can also hear new developments, including the introduction of mellow
synth sounds.

Music presented here is a soundtrack for people who live a reality
survival life in north of black sea.
Hate is a life in land where these news reports mundanely.
“when you come home after work, find a burned your private automobile”
“your friend who abrupt disappear found dead in outlying forest”
“patriots with automatic rifle bolt out at once from the bush by
radiocast sign.

-clear weather throughout the whole land-“. 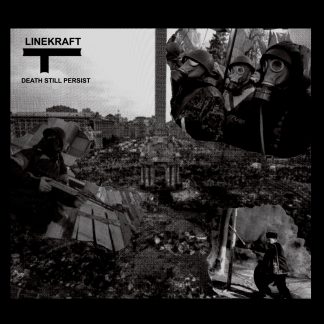