Zos DeWitt is a legend in Industrial music. He started the Nekrophile label in Vienna in 1983 and released music by Genesis P-Orridge, Ain Soph, Sleep Chamber, Coil any many more. In 1982 he recorded his first album under the name Korpses Katatonik. A work full of harsh Industrial sounds in the tradition of early SPK. On this CD re-issue, we present the complete works by this project including material from the Beast 666 compilation. Carefully remastered, this albums sounds better than ever before. DeWitt later went on to form Zero Kama whose „Secret Eye of L.a.y.l.a.h.“ album was played on human bones only. A milestone in 80’s Infustrial that sounds as fresh today as it did then.Klanggalerie GG157 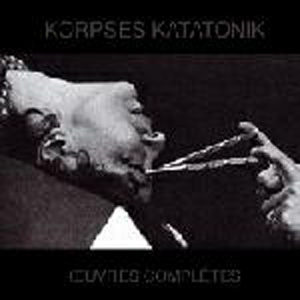