A lost classic Konstruktivists album, unheard by many people as it came out in a tiny edition on CD-R on the Interior label in 1997 only. Probably 25 copies were made. Nevertheless, some songs have become Kon live classics, such as „Artist engineers“ or „Konfrontation“. Recorded by Glenn Wallis and Mark Crumby, the album continues where Glennascaul ended, bringing the electro pop side of the band to a new 1990’s version, even hinting at techno from time to time. Those songs are linked by abstract sound collages from dark ambient to noise. For this re-issue, we have also included the very rare „Artist engineers“ 7″ with a totally different version of the title track and an otherwise unreleased B-side.
KLANGGALERIE gg175-2 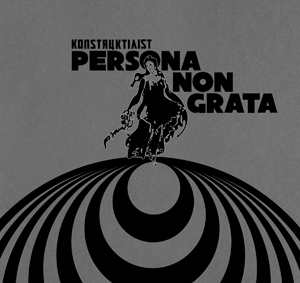