Dark-Ambient/Ritual-Project Konstruktivists was formed by mastermind Glenn Michael Wallis in 1981/82 out of the ashes of Heute. Around this time – in the late 70’s/early 80’s Glenn Michael Wallis was heavily involved with Throbbing Gristle, the U.K. pioneers of „Industrial“. Between 1980 and 1982 Glenn/Konstruktivists has recorded several tracks of which one solo-tape and several Konstruktivists-Tapes found release in extremely rare and limited edition on the legendary Tape-Label Flowmotion. Almost 2 hours of those early works are compiled on this double-Lp including his full solo-work (also released as Konstruktivists Vol.1) as well as Tracks from Vol.2 and other tracks released between 1980 and 1982 VINYL ON DEMAND (VOD69) 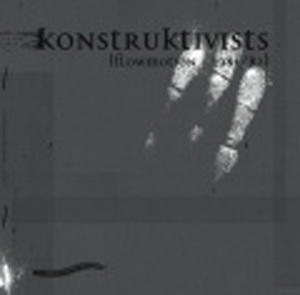