Ithaca, NY’s Kjostad brings forth another panoramic display of nature woven with layers of carefully arranged static textures on Environment Electronics. Kjostad is the moniker of Stefan Aune who is also responsible for the frantic harsh noise project Breaking The Will, in addition to running the prolific New Forces label. Where Breaking The Will ambushes the listener with guerilla noise tactics, Kjostad utilizes the same deft hand for a more organic tapestry of man-made and natural sonics. Capturing the sounds in locales such as rural Wyoming and Minnesota, Aune takes these moments and introduces layers of electronics and magnetic tape, not just blending the two but utilizing the strong qualities of both to achieve an even more impactful statement that expresses the ultimate power of pure sound. Humans will create civilizations only for them to be eventually consumed by sand and vines.“Originally released on cassette in 2018, Environment Electronics has been remastered by Grant Richardson (Gnawed). It includes two new songs for the format, “Regression,” originally released on the Through a Glass Darkly compilation cassette, and “Arrowhead Killer,” an exclusive bonus song. The CD release also features completely new artwork.“ 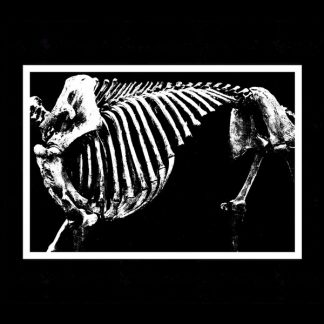