Fiends With A Face is the first collaborative work from James Johnston and Philippe Petit. As the titles suggest it is an hommage to the golden era of horror movies. Our two fiends wanted conjure up blood-curdling and haunting soundscapes, playing with unsettling ambiances in order to create a contemporary soundtrack for those who like to be frightened. They strive to elicit responses of fear and terror from listeners, not however in the style of blood-infested inyour- face grotesque slashers, but rather that kind of presence lying in the dark behind you, a musical voyage to allow this noisy delicacy to slowly make its way into your body instead of violently exploding into your face. James Johnston : organ, piano, violin, guitar, harmonica Philippe Petit : electronics + turntables The more attention you bestow on this record, the more unsuspected new paths you’ll be invited to wander down. Dirter (DPROMCD65) 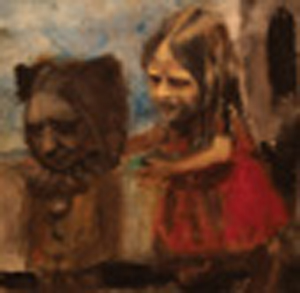