4 years after ‚Absurdity‘, the mythic Japanese duet ‚Jack or Jive‘ is back! Chako now speaks about her new album:“ ‚kakugo‘ is an ancient concept found in Japanese bushido. „Hagakure,“ known as bushido’s bible, says that „The way of the samurai is found in death.“ The essence of this thought is; don’t hesitate to risk one’s life when a need arises.“Kakugo“ does not suggest violence. It tells us to think of death and don’t do honorless act in everyday life. Though in modern Japan this thought seems to have vanished, I cherish and highly respect ‚Kakugo.'“ Musically, Kakugo’s deep atmosphere reminds their ‚Prayer‘ album, dark and melancholic. Between electronic, vocal experimentations, spleen melodies and romantism reminding Mishima’s art. 12 Tracks, (Prikosnovenie) 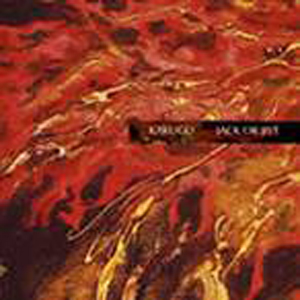