HIV+ – WE ARE ALL HAUNTED HOUSES – CD

(digipak ltd 750 expl.) „We Are All Haunted Houses“ is the 6th opus from HIV+, one of the leading figure from the „Made in France“ Industrial Culture. With this new album (easily described as its darker and disturbing one), Pedro Peñas Robles succeed in making tangible the worst childhood nightmares. Deeply influenced by coldwave and punk sounds from the early 80’s, this release also benefits from the contribution of external musicians such as Lambwool, Electric Press Kit, Normotone (Neon Cage Experiment) and Riotmiloo with an acoustic approach. The Talented remixers Tannhauser and Bak XIII complete the casting. Both artwork and layout were created by the painter Wladd_Mutagéne making this work a „must have“ in the already impressive HIV+ discography. (Divine Comedy) DC 053 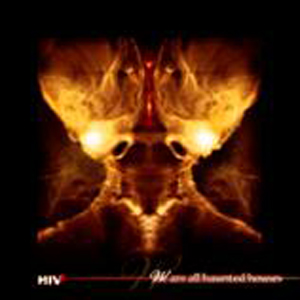