HIRSUTE PURSUIT – REVEL IN YOUR ABILITY TO ACCESSORIZE MY PLEASURE – CD

The legend that is HIRSUTE PURSUIT has traveled the world. Everybody is singing Cock Thoughts. Now here is your oportunity to hear where all began. The sperm that birthed the band. Before „Tighten that Muscle Ring“ there was „That Hole Belongs to Me“, before that there was „Revel In Your Ability to Accesssorize My Pleasure“. This is the seed that started it all. Not fully realized and in its‘ embryonic stages, Hirsute Pursuit was developing its‘ signature testosterone sound. Hirsute Pursuit is Harley Phoenix and Bryin Dall. On these early recordings, Harley participated in a much different way, rather than doing the lead vocals, Harley controlled the sexual situations. From a Skype call to enjoying a porno film with an obedient participant. But don’t think that you won’t hear Harley giving his orders. No, he is still present and in some of these earlier tracks, those orders are given in a dark atmosphere that excludes the possibility of beats. Creating an environment that is both scary and titillating. On other tracks, it’s all about the beat. Like a voyeur peeking into a window, here is your chance to experience the inside story and development of the phenomenon that is known as Hirsute Pursuit. Yes, this is the beginnings of music that smells like a man. OEC179 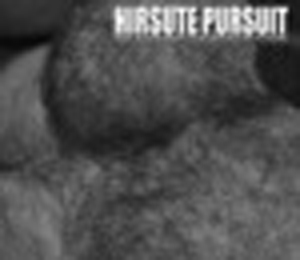 Du siehst: HIRSUTE PURSUIT – REVEL IN YOUR ABILITY TO ACCESSORIZE MY PLEASURE – CD 13,00 €
In den Warenkorb