Comes in heavy vinyl, with insert & numbered card , cover is embossed and special finished as known from the other GO albums.
Limited run of app 5.185.750 copies only ! It was the year 1989 as 1st LP of Genocide Organ got released in an edition of 291 copies, and it got re-released on vinyl for the 20th anniversary 2009 in an edition of again 291 copies only.
This 30th anniversary edition features the all-style GO cover art, debossed and spot varnished and comes with an A4 insert plus additional numbered insert. It contains the 2009 re-mastered version done by Jason Mantis with the two additional tracks.
Many things have been written about the debut fullenght release of the GO, we do not like to add more to it than saying its a classic in post industrial power electronics genre. 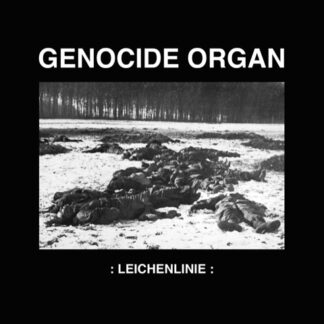