EXPLORING JEZEBEL – ON A BUISNESS TRIP TO LONDON – CD

On A Business Trip To London is an album of curious electronics and sissy dance conceived under the shadow of Big Ben by Vivid Extreme.
Initial research carried out at Ibis City Hotel, London; purple nail polish applied in Berlin and New York City. The result is a perfect and perhaps overdue meeting of emasculated P.E, limp-wristed ornamental industrial, sickly minimal synth and cheap suntanned trollop techno. Its tinny rhythmic ringtone cycles of humiliation and debasement evince an unlikely humanity: there is yearning behind the red ballgag and loud make-up cake; Duck’s piggy eyes betray an implacable melancholy.
Indeed, despite the restricted nature of its content, On A Business Trip To London is a highly accessible and often disarmingly pretty work which will appeal to the belissima ballerina in all working men. More than that, it is required listening for all who admire those qualities most fascinating in a woman: allure, magnetism, power and dominance.
Exploring Jezebel has been active since 2008’s Locking Up The Husband’s Penis Is Not Slavery, But Rather The Greatest Act Of Kindness Given To A Man and Attending UCLA Lecture On Forced Feminization, and notable releases since include the 12-hour, 8-cassette set Penis Torture Chamber (2010) and 2014’s Performs For Her And Her Bulls. On A Business Trip To London is Exploring Jezebel’s first vinyl offering, and is presented in a full colour gatefold sleeve with two printed inserts; the album will also be issued on CD
BlackestEverBlack BLACKSTCD008 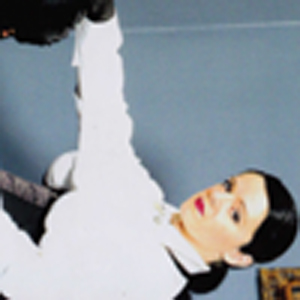