Amygdala is the latest album of the Swedish industrial music guru Der General. After listening to this album, one finds it difficult to decide whether it is a masterpiece of hypnotic music, the hallucinations of delirium tremens or perhaps the sign announcing the approaching apocalypse? Magnificent, gloomy and profound tracks create the atmosphere reminding the last days of the last member of the royal family or the celebration of the collapse of its era by a majestic empire. But that is only the general mood of the album. The tracks are very different from each other. Some of them frightful, some majestic, while the rest are calm and deep like dreams. And yet the subject matter of all lyrics is in one or another way related to death and the secret lurking behind it. Actually, Der General conveys it with remarkable subtlety. The album contains a number of crescendos, at least three hits and yet none of them reveal the secret fully. Der General music mesmerises with its slow and massive rhythms inherent most probably only to the Scandinavian electronics, and icy ambient flow inborn to the Northern men. Amygdala is the undisclosed secret. In various shapes it occurs throughout the album tracks where Der General to Heaven travels to meet Jesus and the holy family and investigate the nature of the supernatural ecstasy. Something bothers him and he leaves Heaven. In other tracks he states that we have to be reborn and continue living, later he takes part in the mystic funeral train burying and then resurging dead dogs. Upon their revival, the dogs attack the participants of the train and spread panic. Amygdala is a very colourful kaleidoscope of psychedelic visions. Der General concludes the album by letting us know that it is all clear to him and that the atmosphere is absolutely rotten. Perhaps it is a result of the empty bottle, or much more serious reasons… Album’s tracks listing: 1. eternal day 2. take u out of control 3. amygdala 4. an invitation to heaven 5. the carnivors cave 6. we shall live again 7. a swinging view from the gallows 8. dead dogs entertainment 9. hard to breath Album lasts for 66 min 03 sec. 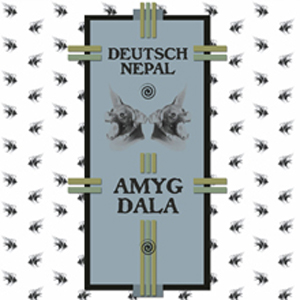