The debut album from DEAD VOICES ON AIR (Mark Spybey of DOWNLOAD / ex-ZOVIET FRANCE), feat cEvin Key (SKINNY PUPPY / DOWNLOAD). “Abrader” blends processed sounds from primitive instruments and found objects into hypnotic looped rhythmic structures, with dark clusters of heavy ambient washes into what could be described as Organic Panambience, or ‘music for the eyes’.

The hugely sought-after “Abrader” was the first of over 80 releases (so far) by Mark Spybey using the name DEAD VOICES ON AIR. It was recorded over the space of days in Vancouver in 1993 and released as a tape the following year by Akifumi Nakajima (AUBE), for his G.R.O.S.S. label. Chronologically, the material was recorded after most of the music that made up his first two releases on compact disc – “New Words Machine” and “Hafted Maul” – however, “Abrader” was released before both of those albums.

“Abrader Redux” features the three lengthy tracks that were released on the original cassette, plus the bonus tracks that were included in the 2009 reprint as part of the “Fast Falls The Eventide” double CD, and now with two ‘new’ previously-unreleased bonus tracks recorded 1994 – taking this masterwork up to 7 tracks and over 67 minutes of exceptional music.

“If most ambient is the laudanum of the new fin de siécle, then Dead Voices on Air are the absinthe” (Village Voice)

This release is dedicated to the memory of both Akifumi Nakajima and Zev Asher who both passed away in 2013. Spybey was introduced to Akifumi by his friend from Vancouver, Zev Asher. Zev had a noise project called Roughage and was also in a band called Nimrod, that had at one time been based in Japan.

The album for Cold Spring has been remastered by Martin Bowes from Attrition. Packaged in a matt-laminate digipak with art by Spybey, beautifully laid out by Abby Helasdottir. 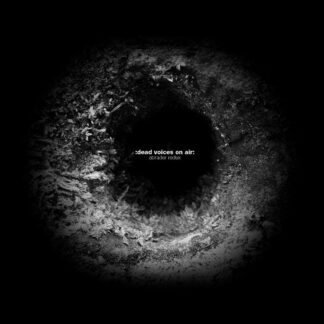