Sulphur-Tarot-Garden‘ collects three mesmerising Cyclobe soundtracks to rare, silent Super-8 films shot by Derek Jarman between 1972 and 1978. An original CDr edition of 200 was debuted to coincide with the films‘ premiere with their new soundtrack at London’s Queen Elizabeth Hall in 2012, and this is the first time they’ve been made widely available – original copies now sell for a lot. We’ve not had a chance to check the films yet, but if Cyclobe’s soundtracks are any reflection of them it’s certainly on our to do list. The first and longest piece, ‚Sulphur‘ yields 15 minutes of infectiously noxious, syn-anaesthetic drone gases evoking pleasurably putrid sensations, whereas ‚Tarot‘ is a brooding swirl of keening, bittersweet symphonic discord and the sidereal ambience of ‚Garden Of Luxor‘ mutates between sliding glissandi reminding of Jeff Mills‘ recent space missions to eschatological synth doom realms. A must for any Coil fans worth their salt. NAOS03CD 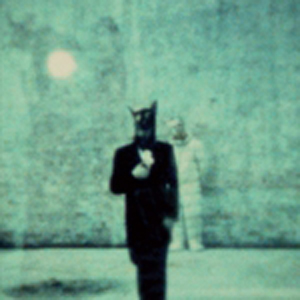