“Colin Potter has been a central figure in the UK’s DIY and post – industrial underground since the late ‘70s. His ICR label, founded in 1981, blurred the lines between post – punk experimentation, crude pop, Krautrock – inspired drone work and contemporary electronica, with releases by everyone from DIY legends The Instant Automatons through Chris & Cosey of Throbbing Gristle , experimental composer Trevor Wishart, drone soundists Andrew Chalk and Darren Tate and Bryn Jones’s Muslimgauze. He has also been a key collaborator with both Current 93 and Nurse With Wound, working in the studio with both groups since the late ‘90s as well as serving as a member of Nurse With Wound’s current live line – up. From the late ‘90s to the late ‘00s Potter’s IC Studio, based in a Victorian Water Tower outside Preston, was a lightning rod for musicians working beneath the radar and a focal point for the nascent UK drone scene. Recent years have seen an upsurge in interest in Potter’s solo works.” 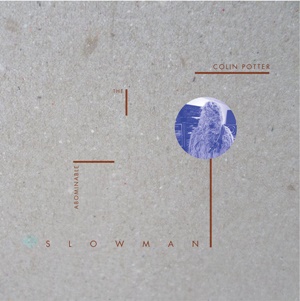