The histroy of these tracks is:
In 1995 and before I was employed to take tracks home and manipulate the streams to create new content.
The way I did this was a process I called “Rate/Stretch, I won’t go into details, but it was very successful at creating whole new content.
From these experiments came the “scorn“ dreamspace mix, and much of Black Light District.
After we came back from New Orleans working on the “Backwards LP “at Trent Reznor’s studio, Peter Christopherson, asked me to do the same to two tracks,
„Heaven’s blade“ and „Wir click Wir (Copacaballa)“.
This was 1998 (a year and a half after we left New Orleans).
I started the project, but due to misgivings at the time with the whole music business, I left, and the tracks didn’t get a release.On these tracks you wil get music unheard.
1. John Balance vocals some of which never heard before
2. The trumpet takes we recorded for Wir click Wir, but never had the facility to use.- Danny Hyde
Written by B.C.H.
Recorded at Creek house , Swanyard and Bushmead studio. 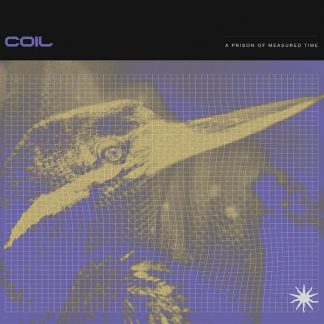