Diseased Imaginings by Caulbearer is a collaborative album that has been a longtime in the making. Originally created and conceived without additional input or contributions from other musicians, the album represents the fall of man, the death of the planet and the dark days ahead of us all. Caulbearer called upon the many talents of similar-minded artists to add their own unique touch to specifically selected tracks. By bringing additional musicians into the already dark and oppressive atmospheric fold, new life, intensity and unseen dimensions were added to the chaotic murk. Diseased Imaginings is an album of overwhelming subterranean gloom that straddles the lines between multiple genres such as ambient noise, power electronics and harsh noise walls. Combining these elements and more, Diseased Imaginings takes a deep dive into oddly hypnotic forays of blissfully maligned sound and sonic torment 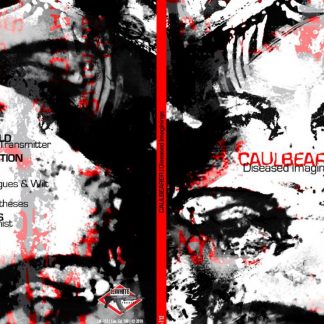