Capricorni Pneumatici began in 1986 as a research project about the esoteric/ritual implications of music and sounds, a full acoustic/concrete music set with voice and other means of producing and manipulating sounds: PVC tubes, air compressors, hammers, buckets, water, steel and aluminum tanks and plates, various metal and plastic objects.
CP I was recorded live the 15th of June 1986 at The Cave, a subterranean private location. No electronics of any kind was used during the sessions, no additional mastering or remastering was performed after the recordings. Unpublished parts of the same session have been released on the second CP work, Al-Azif (1987).
CP I was first published in 1987 by the tape label 666 prod in a limited edition of 100 unnumbered copies, the first 10 in a special box edition.
CP I is inspired by the ancient primordial Chaos Cults and dedicated to Azathoth, the blind, mindless, idiot god which blasphemes and bubbles at the center of all infinity.
Tracklist:
Snortz
Cavita
Monte meru
PVC I
Besz
PVC III 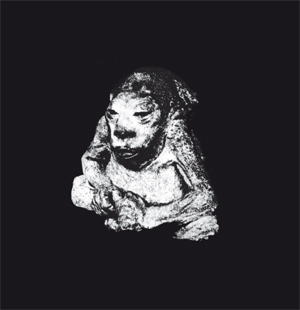