The same end awaits all the human efforts to create or achieve anything positive, good or harmonious. The evolution of all human ideas, works or plans collides with the concentration of illusions, pain, suffering, torture, slaughter and, finally, corpses that need to be discarded. The major architectural achievement of the human race is also related to concentration. It is a concentration camp, of course. Even after being taken down it does not abandon human conscious. Thus, the concentration is the supreme characteristic inherent to human civilisation and realm that can be defined as POSTHUM, while a human being that has perceived it becomes its supreme realisation form. He or she then is POSTHOMO. Dead or alive, he/she represents the same superbeing – POSTHOMO or a corpse. Gloomy, aggressive, low&dirty quality postmortem record of Body Cargo is dedicated to the concentration of civilisation dusthole posthum and its product posthomo. Lim. E 100. (autarkeia) 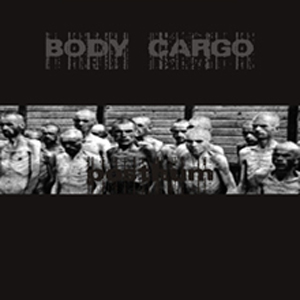