The CD version of the first Fronte Nordico release from one of the best today’s new neofolk projects Art Abscons. «Am Himmel mit Feuer II» is a total remake of CD out in 2010 on Dead Scarlet Records. Most of the tracks were re-recorded, many got totally new versions, some new tracks were added and some old omitted, and the tracklist was completely resorted. The result is a totally different album – as matured, integral and professional as best neofolk classical works by Sonne Hagal, Forseti and Orplid. Brilliant melodies, charming voice, sophisticated soundwork and german poetry full of melancholy, sadness and irony are melting together to form a perfect gem of rare beauty – not to be missed by any fan of dark folk magical art! This CD version is different not only to the 2010 release but also to its vinyl analogue, it lacks two short interludes appeared on LP but includes one totally new track and one song here is completely reworked. The release comes in a special embossed thick grey rough carton cover with full colour picture. Limited Edition of 300 copies in special cover. Fronte Nordico AAII 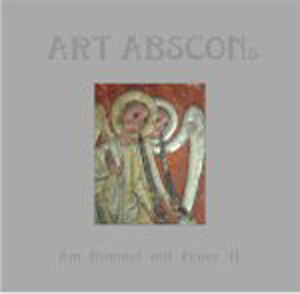