From her early days as a legendary Batcave DJ, through her work wth Marc Almond (Marc And The Mambas, Willing Sinners, La Magia), Anni Hogan is one of the true geniuses of the alternative scene. A composer, songwriter, arranger, producer, promoter and DJ, she helped to shape the sound of the 80s. In a musical career spanning three decades she has worked with many successful artists in a variety of capacities. As a DJ she performed with artists including: Soft Cell, The The, Einstürzende Neubauten, Test Dept, Japan, Nick Cave and the Bad Seeds, Adrian Sherwood. On Piano and Keyboards she has performed live and in studios all over the world with artists including: Soft Cell, Simon Fisher Turner, Nick Cave, Paul Weller, Barry Adamson, Lydia Lunch, Zeke Manyika, Sex Gang Children, Yello, Caged Baby and of course Marc Almond. Cold Spring is proud to present her debut release expanded and brought to the public for the first time on CD. „Kickabye“ features some of the leading lights of the alternative scene: NICK CAVE on ‚Vixo‘ (exclusive to this release), MARC ALMOND on ‚Burning Boats‘, FOETUS, BUDGIE (Siouxsie And The Banshees) and GINI BALL amongst others. The first CD is the original „Kickabye“ EP (produced by Jim „Foetus“ Thirwell), plus 10 extra tracks from the same period. The second CD is also tracks from the same period. ‚Blue Nabou‘ features YELLO. Production by BARRY ADAMSON on ‚Hopes And Fears‘, ‚Wasting Time‘, ‚Senseless‘, ‚A Place To Belong‘, ‚Everything We Do‘, ‚Self‘, ‚The Story So Far‘ and ‚Each Day‘. This digitally remastered work contains new and exclusive versions of ‚The Frost Comes Tomorrow‘ (originally released on „The Stars We Are“ by Marc Almond), ‚The Hustler‘ (originally released on „Mother Fist“ by Marc Almond), ‚Blood Tide‘ (originally released on „Violent Silence“ by Marc Almond), ‚Margaret‘ (originally released on „Untitled“ by Marc And The Mambas). 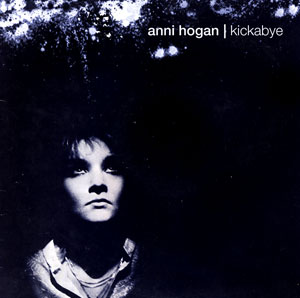