Ambient terror that finaly combines studio versions of often played live tracks and never before heard material, recorded between 2008 and 2011, using the full Anenzephalia scope, oscilating between Ephemeral Dawn, Noehaem and sick experiments.Noehaem was tomorrow, a description of sterile and alienated monotony, of social cemetery peace and silence in that only the echoes of today’s struggles reverberate. Kaltwelt will be present, commenting on the cries from that these echoes derive. It is another vain documentation of madness and disintegration that result from the public but mostly unperceived war between a hypnotized society and a yet sleeping state that is going to bring the terminal stagnation. Enjoy your last moves… Noehaem Untergrund Bewegung 2012 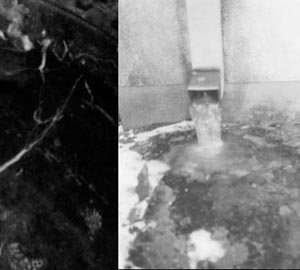