These eight tracks, all recorded in Luanda, Angola, orchestrate the military vengeance march of an entire bloodied continent that stands proudly and which, day after day, keeps arming itself in the shadows.

While awaiting to come devastate your empires and get our due, we are casting a curse on every descendant of aggressive colonial administrators, our tombs’ shameless looters and our sisters’, wives’ and children’s rapists.

To you the executioners who cut off our brothers’ hands, who exploited our mines, enslaved our ancestors, to you the faithless preachers who imposed your devastating religion upon us, to the thieves of every European trader who seized our gold, skin and ivory trade, prepare to face our wrath, only this time in your own realms, just as General Hanni-bal Barca did 24 centuries ago.

Thank you to all our brothers in arms who came to the Aksnati district to our recording studio in Luanda to deliver their African martial beats. Despite the insecurity and unsanitary conditions of the Angolan slums, you did not hesitate to come and play your most disastrous harmonies on our balafon and make our old and rusty kalimba resonate. Thank you for successfully repairing the strings of our kora and for extracting the forgotten mystical melodies of our proud tribes. Thank you for pounding the skins of our dum dum with your old tribal tunes. Thank you for inviting the spirits of our brave warriors haunting African battlefields with their mortuary laments to our recording sessions.

And finally, thank you to the Germans of Tesco Organization for supporting our revolution!
African Imperial Wizard was secretly founded in the northern districts of the old low town of Luanda, the day after the ceasefire between the government of the Popular Liberation Front of Angola and the rebels of the National Union for Independence was signed.

The music producers immediately focused on the struggle against the colonial military oppression, the pillage of a tyrannized people turned into slaves for centuries and the vengeance of a young generation in perdition.
They planned on conveying their actions with ethnic moods drowned in violent powerful beats directed under a martial symphony.

African Imperial Wizard symbolizes the expression of the discomfort left by the ashes of the longest civil war known in Africa, fed by deep and profound social, cultural and regional divisions within the Angolan society.
African Imperial Wizard dedicates its debut album Isandhlwana to the kings, warriors, amazons, war captains, rulers and troops who resisted colonialism and fought the oppression of our sacred peoples.
TESCO 146 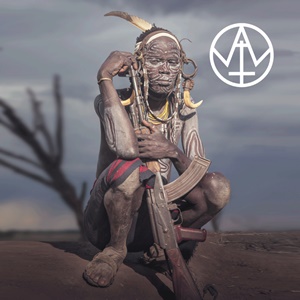