here for the digital fans!
African Imperial Wizard was secretly founded in the northern districts of the old low town of Luanda, the day after the ceasefire between the government of the Popular Liberation Front of Angola and the rebels of the National Union for Independence was signed. The music producers immediately focused on the struggle against the colonial military oppression, the pillage of a tyrannized people turned into slaves for centuries and the vengeance of a young generation in perdition
. They planned on conveying their actions with ethnic moods drowned in violent powerful beats directed under a martial symphony. African Imperial Wizard symbolizes the expression of the discomfort left by the ashes of the longest civil war known in Africa, fed by deep and profound social, cultural and regional divisions within the Angolan society. 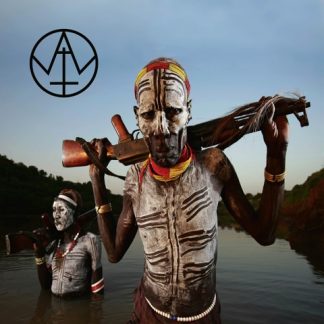