Marek Marchoff, Ingrid Swen and Rafał Janus are back with the new album. This is the fourth album released under the moniker 23 Threads. However, it shows a completely different side of the project. This is a kind of escape from the current formula based on combining dark folk with kraut rock. So what can you expect from „I Woke Up Dawn“? This album is a tribute to the protoplasts of heavy music. The musicians themselves say that it is a doom album. Undoubtedly, in these 9 compositions, you can feel a different weight than before. There are guitars in the foreground, bass lines, thick cylindrical riffs intertwined with possessed vocals. In the background, there is a psychedelic atmosphere of the 1970s. This, however, is a kind of a starting point, a creation that the trio uses to utilize their ideas and to mix in their own musical language already known from previous recordings. It is worth mentioning that in one of the songs there is a guest appearance of Zenial who performs his own interpretation, deconstructing previously existing recording by the 23 Threads musicians, which gives an interesting effect consistent with the whole album, and thus confirms the complexity of the convention adopted by the trio. Taken from the motto from „I Woke Up Dawn“, Occult Macabre Doom is the best description of the nature of this recording.

The album released in digipak in the shape of a cross limited to 250 copies. 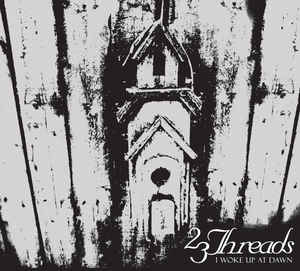