By releasing “The Trilogy” not so long ago, we have opened a new series in which we are trying to bring closer the VIDNA OBMANA albums, which have long been unavailable in regular distribution and which reach exorbitant prices on auction portals.

This time we took two regular albums to work on. “The Surreal Sanctuary”, like “The Contemporary Nocturne”, recorded with the guest appearance of Steve Roach, Jim Cole and Joris De Backer, originally appeared in 2000 on Hypnos as separate publications. However, their character, the time in which the compositions were created and the participation of the same guests combine them into an extremely poignant and musically rich entity. Therefore, together with the artist, we decided to publish a two-disc album, closing this chapter in the discography of Vidna Obmana.

All the material was remastered by Dirk Serries in 2018. Photos for this album were made by Martina Verhoeven.

The 2CD album is released in an 8-panel digipak, strictly limited to 400 copies. 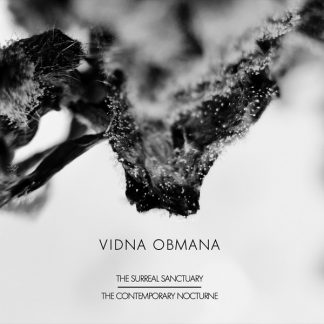