chrome MC version, Velemara returns from the filthy peripheries of Vilnius to deliver a second full-length album of organically dense death industrial/dark ambient work. While debut “Abysmia” had a sole aim to convey sentiments of existential dread and bleakness of human condition through collection of abstract auditory pictures, the new installment namely “The Doomed Route” takes on a particular event which took place in the year 1959 on February 2nd. Known as Dyatlov Pass incident this story became increasingly popular topic during last few years spawning many speculations what exactly caused the gruesome end of nine experienced hikers in Uralian wilderness. The album does not search for answers or reasons of their peril but rather seeks to translate foreboding imminence of approaching doom through massive vibrant analogue drones and sparse industrial pulsing beats diffusing in the atmosphere of harsh unforgiving winter weather. Like a compelling and menacing force, much too shapeless to be described yet very real and deadly, “The Doomed Route” is both brooding and hypnotic lure into the heart of whirling blizzard from which no one escapes alive. 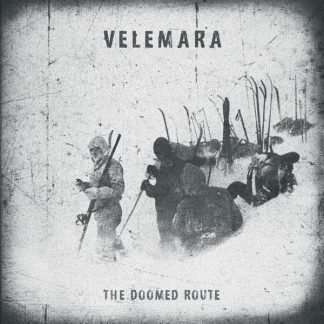