Regular edition of 491 packaged in double flat jewel box with artwork and a download code.’American Flesh For Violence’ is the first major Vatican Shadow volley since 2016 (not including his one-off for Amazon) and comes steeled with exclusive remixes by Alessandro Cortini, Ancient Methods, JK Flesh, and CUB (Regis & Mønic)

Revolving all previously unreleased material, the set arrives in the midst of an ongoing reissue campaign for early, hard-to-find VS tape releases, with a range of prime, original material produced over the past decade. Of these, a handful really standout in the vein of classic VS material, namely the slow, opiated fatigue of ‘Inherit The Ruins’ and the bunkered tension of ‘They Always Fight The Last War’ on a beat-less tip, and the swivelling crunch of ‘Desert Father (Return To Desert Storm)’ and the Muslimgauze-like deep stepper ‘Peace Means Violence’.

The remixers also keep their end up with highlights in Ancient Methods’ martial techno trample over ‘Take Vows’ and the eviscerated, Dabke-like rhythms of CUB’s 14 minute take on ‘Jordanian Descent (Sharia Law)’, while JK Flesh brawls with ‘The House Of Followers’ in a slugging slow techno style and Cortini knuckles ‘Unknown To The Peacock The Serpent and Scorpion Conspire’ into bittersweet submission. 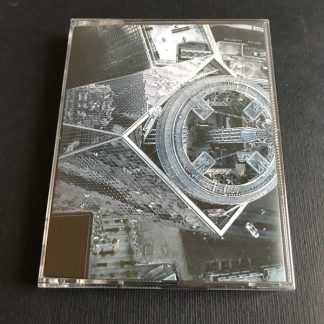