combining the wholes set – pinned together with the button
ntroducing the caretaker/mechanic; a lonely man working in both a boiler room and a lab with lots of machinery; this album simulates what he hears everyday for the rest of his life. Every song on this album sounds as if it had come from turning on a few switches , turning some cogs, and gazing at the ground as you’re obliterated with intense, but also pleasant harmonic drones which, in abstract to some extent, is what most caretakers/mechanics have to get used to. The initial track, Wrota Sfer is the sound of the machinery pumping steam and functioning somewhat inadequately; it’s a bit strenuous and tiresome, but eventually the drones of the machine turn quite pleasant and normal and the mechanic seems to have the situation under control. The next song, Licht-Brandung is when panic erupts because basically this new machine hasn’t been functioning properly all night and it’s cumbersome to repair. The mechanic tries to repair it, but is having a difficult time; a very brave and worthy mechanic this man is coming to be. Gluoen, however is a very mysterious track because the caretaker sees there is an anomaly in his work station and he can’t figure it out; he ignores it for now because it is not a threat. Skaun[ei]s is the only song on this album where he feels he has reached perfection. He sits himself down and takes a swig of Jack Daniels to congratulate himself as beautiful bells and delayed guitars drone in his ear; he is invincible. Zayin is a track where the caretaker is pretty drunk now because he’s had to much booze and is now feeling those hazey and swirling effects; he carelessly ignores the other machines during this time. Mada Shaunda shows the consequences of the caretaker’s actions as he desperately tries to control the unstable boiler; time is running out. He has done it! Mirrored In You, has proven to this man that all of the machines are now functioning at a stable and efficient level. Well done, Mr. Sir. You can go home knowing that you are not a failure.
So what one can gather from this album is that it’s an incredible ambient drone album. It’s intense in some parts and very melodic throughout, but it’s an extremely pleasant and repeatable experience that you shouldn’t miss. Get this album. 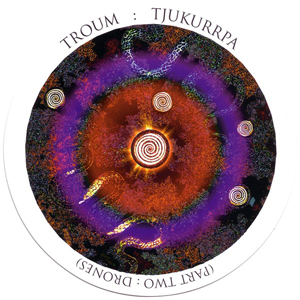