GENRE: EXPERIMENTAL, INDUSTRIAL
This is a four year old single by a very low productive duo formed by Igor Z. and Vlad S. It is a seven inch heavy vinyl in a limited edition of 399 copies containing two tracks and released on one of the Spectre sub-labels. Tortura have only published prior to this, one track on the LP label compilation “Book Ov Shadowz”, sharing a vinyl with renowned artists such as Dagda Mor, Stratvm Terror, Söldnergeist, Ah Cama-Sotz, Megaptera, Predominance and Inade. The submitted composition by Tortura had the title of “Resistance Is Futile” and presented fractured dense electronics with turbulent terror floating constantly on top.
This single shows two different faces or approaches on each of its sides. “Mental Agony” is a repetitive Industrial sequence making the role of basic structure with added fluid electronics, joined by the important intervention of sampled voice transmissions that give the central cause of the duo’s music. Interesting at least but not really fascinating, however, they transmit a general mood of activism and social chaos that grab my attention as long as this side plays. The opposite is called “Victimm” and is conceived by a rather different perspective. Its condition is dark and atmospheric with agonizing voices and a constant bass sequence that marks a relative order among the fairly chaotic amalgam of human desperation. Danger and social despair is more or less fluid on both sides of the vinyl, that’s a good general conclusion even though I really consider they lack of a more dynamic and a varied structured consecution. 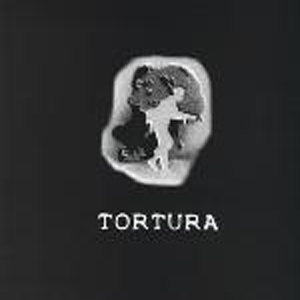