THEOLOGIAN – PAIN OF THE SAINTS – 2CD

5 years have passed since Navicon Torture Technologies’ 2009 masterpiece finale, The Gospels of the Gash, and the last time Lee Bartow recording something specifically for release on Malignant, so it is with great honor and pride that he is welcomed back into the fold. During this span, primary releases on Crucial Blast and Handmade Birds have established and solidified his “new” project, Theologian, as a consistent and fruitful source for epically scaled and sprawling industrial soundscapes, and the 2CD set Pain of the Saints continues that trend, laying forth a dizzying 2 ½ + hours of music. Once again, Bartow has sculpted an impeccable and highly detailed excursion into tortured yet brilliant realms, where contrails of burning frequencies and blackened atmospheres intersect with densely concentrated rhythmic pulsations, ethereal, blissed-out shimmer, and the majestic monoliths of smoldering, post-apocalyptic desolation. There’s a lot to absorb here, but the focus is precise even as the palate of sounds is broad and varied, a true testament to the deft skills of someone who’s spent the last 15 plus years creating some of the most inventive and revolutionary sounds in modern industrial music.Largely produced in collaboration with Fade Kainer (STATIQBLOOM, BATILLUS), and featuring the core trio of Lee M. Bartow, Matt Slagle, and Kainer, Pain of the Saints also includes contributions from David Castillo (PRIMITIVE WEAPONS/WHITE WIDOWS PACT), Joan Hacker (FACTORIA/HEROINE), Christiana Key (DELPHIC ORACLE), Matthew Melnick (DARKSIDE NYC/ex-DISASSOCIATE), Eric Morgan (A PALE HORSE NAMED DEATH), Jessica Way (WORM OUROBOROS/BARREN HARVEST), and more.Lyrically and thematically it represents Bartow’s rallying cry against Christianity and more specifically Catholicism — an “Anti-Theist manifesto” — and sonic diatribe exposing hypocrisy within the church and a broader questioning of what sainthood means. In his own words, “…in many cases, it seems almost like a prerequisite for Sainthood is to suffer at the hands of the Church. It was common to imprison, torture, execute anyone with ideas that ran contrary to what the Church dictated, to brand them as a heretic or a witch, or an apostate, and then end their lives using some of the most brutal methods humans have ever conceived. Then, the ultimate hypocrisy: to turn around and dub these victims of the Church as saints, centuries after having murdered them.”In luxurious 8 panel DVD Digipak with stunning artwork, mastered by John Stillings.”…might very well be one of the best atmospheric works that I’ve ever heard in my life”. The Grim Tower”Pain of the Saints is an absolute monster of a record”. Toilet ov Hell“Seriously recommended” Igloo Mag 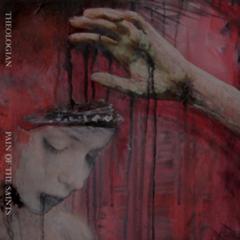