Title given in booklet: “The Threats Of Memories (1991-1998)”.
On sleeve of CD 3 it reads: Musicalischer Kürbs=Hütten

“The Sadness Of Things” (1991): this piece was also the soundtrack to Peter Strickland’s film “Katalin Varga” (2009). It was released on vinyl and CD, with different edits of the two songs appearing on each format.
“Musical Pumpkin Cottage” (1996) was only released as a CD.
“Musicalischer Kürbs=Hütte” was an alternative primitive vocative mix of “Musical Pumpkin Cottage”, and released at the same time, on vinyl only, as “Musical Pumpkin Cottage”. It thus swallowed exactly the same faces and masks.
“Octopus” (1998), released only as a CD, had the two tracks from “Musicalischer Kürbs=Hütte”, as well as two extra tracks, “I Left Her For A Cartoon Octupus”, for which Penny Rimbaud joined us, and “The Fire Of The Mind”. The latter song was on a CD that accompanied the book “Simply Being” (1994), by James Low. The version of “Octopus” in this box-set has been expanded by the addition of ‘Just What Do You Mean By “Antichrist”?’, which was a collaboration between Steven Stapleton, David Tibet, and St. Tiny Tim, first released on Tiny Tim’s “Songs Of An Impotent Troubadour” (1995).
“BubbleBreath” consists of 5 previously-unreleased versions and mixes from the “Musical Pumpkin Cottage” sessions. The final track is an unreleased version of “The Fire Of The Mind”, and with Her Fire and Her Moon we say GoodNight.

Our Lovely Thanks to: Andrew Liles, Sarah Stapleton, and Steve Pittis. 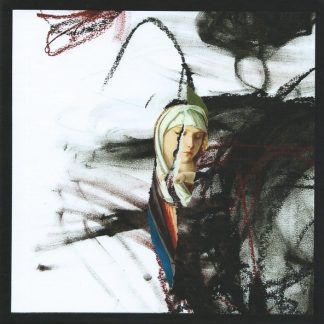