Recorded live at The Crypt, Paddington, London 25th April 1981.
c&p 1981 S.P.K.
For the first time on CD, This is an authorised re-edition of the very first album by the band which was released as a tape on STERILE Records (the label run by Nigel Ayers / Nocturnal Emissions) in 1981.
Sounds on this CD was re-mastered from the original tapes.
Comes in a Digipak. 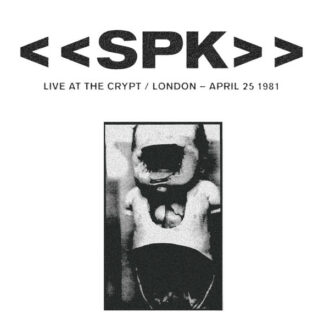