Many people all around the world hear strange sounds emanating from the sky, or from the depths of the ocean, or from deep underground. In many cases these sounds remain unidentified while science still can’t provide an explanation for this phenomenon. This album lies somewhere between musical fiction and the reality of field recordings. It runs from unidentified sounds heard in Finland and Canada, to possible sounds of deep water mermaids, and the sounds broadcast by the Andromeda galaxy.
credits
released May 1, 2020

More than ever, Sonologyst reveals its truly face at this work. This is an album getting us back to early experiments in music and I especially recommend this work for fans of the defunct Staalplaat and Dorobo labels. If you remember the work of Alan Lamb, Randy Greif, Roel Meelkop ao you for sure gone like this work. It’s a documentary, an assembly of noises creating an obscure soundscape which especially emerges at “Unknown Sound In Finland” and “Andromeda”.

We sometimes forget there are so many genres and sub-genres in music. Sonologyst is hard to label as one particular music style –except experimental or avant-garde, but that’s probably also a style or at least a different approach in dealing with music. 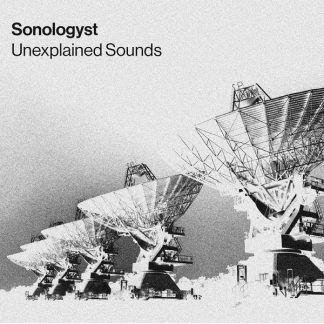