New album of intense and carefully crafted soundscapes from Bulgaria’s SHRINE after his acclaimed 2016 album “Ordeal 26.04.86”. Based on the fictional story for Tomb Raider III, created by the British game studio CORE in 1998, the story begins in Antarctica millions of years ago, where a meteorite has crashed into the landmass and when the continent was still located in the tropics. Millennials later it was discovered by the ancient Polynesians who had reached the Antarctic coast and they soon realised that strange otherworldly powers surround the celestial rock and so the people began to worship it as a deity. After severe mutations started to occur among their newborn, the settlers fled in terror and never came back but before they left, they sealed the meteorite into a deep underground chamber, locked by four “keys”, four unique objects crafted from the same alien material as the meteorite itself. In the 19th century, a group of sailors travelling with Charles Darwin came to Antarctica and rediscovered the artefacts. The story follows the search for the four artefacts and the rediscovering of the meteorite, hypothesised to contain the most important findings in genetics and evolution since Darwin. We are aurally taken through this unique world through 6 singular chapters of pristine sonic grandeur. Artwork by Dehn Sora. 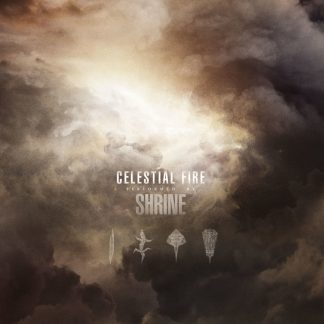