SHINKIRO – THE WAY OF THE GODS – CD

Athanor is proud to present the second album by japanese artist Manabu Hiramoto as Shinkiro. While the first album was urban and influenced by the deep dark atmospheres of the futuristic city of Osaka, Shinkiro’s new album focuss on a more personal path influenced by Shinto, Bouddhism and Manabu’s relocation by the country side. The sound of the new album is made of deep dark soundscapes mixed with percussions, soundsources of rain, winds, sea, trees, waves and birds. Though the album is dark ambiant and ritualistic in essence, it also has a meditative and contemplative touch wich may please fans of Steeve Roach, Robert Rich or Alio Die.As Kotodama, Manabu released a first CD for Vital and has a new collaboration CD with Contagious Orgasm is just out called « Black Out » on SSSM.Shinkiro will play live in Hong-Kong on the 21st of december as an opening act for Jack or Jive, a famous japanese band with whom Manabu has already collaborated on three tracks in the past.The CD is presented as a crystal box with clear tray. Artwork by Niko Skorpion that could remind works of J. Wozencroft for Touch.(athanor36) 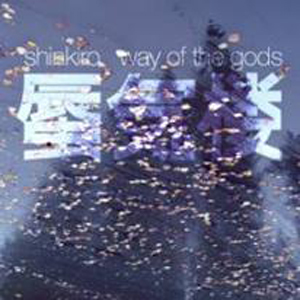