Sewer Election is a name to be held in the highest regard. While initially hooking audiences on one of the most hard-hitting takes on harsh noise available, he also proved to be the master of an unsettling and emotive tape music style which has come to be widely imitated. Naturally, the moments when these two concepts converge are considered to be nothing short of utter perfection. “Blizzard Amplification” is no different in quality from past releases, but focuses on a third speed at which Johansson can dominantly take the wheel.

The tracks which encompass these two discs are some of the most chaotic sounds you could imagine being wrangled, an unrelenting blast of energy which can only properly be compared to the most revered recordings of the 90s. Although sourced from improvisations, Sewer Election’s signature control and consideration are present throughout every moment. High-pitched oscillating tones and feedback ride along the crust of a more familiar static and rumble, all while coming across as fully intentional. The compositional strength of these recordings is unexpected given their categorically raw nature; you’d think amongst hours of material there would be unwanted sounds or lacking moments, but there just aren’t. Instead, you find a slab of harsh noise crafted by someone who has lived deep within the appreciation and practice of such for decades. This is essential listening for any fan of Dan’s work, a clear example of getting the goddamn job done.
– Matt Boettke 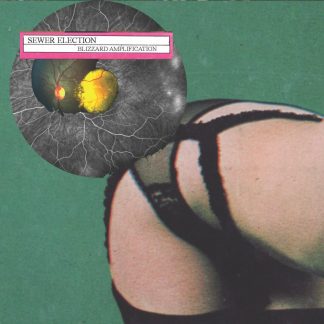