After a string of strong cassettes and CDs, “Rites Of Flesh” is the debut full-length album from American Heavy Electronics stalwarts Serration. In contrast to the raw aggression of earlier works, “Rites Of Flesh” is a tense and crawling soundtrack to urban warfare and unrest. While invoking comparison to classic European industrial like Anenzephalia and early Loki Foundation acts, “Rites Of Flesh” has an entirely unique and contemporary sound. Expertly mastered by Grant Richardson 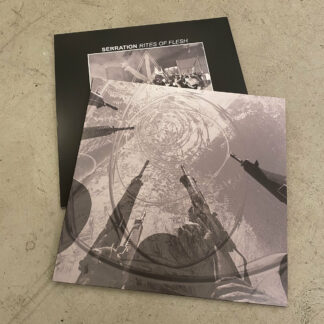