The northern Portuguese Sangre Cavallum return with a new and outstanding folk album. It is titled “Veleno de Teixo” meaning Yew Poison and it is a collection of tributes to women and to the cult of mother-goddess in pre-Christian era. “Veleno de Teixo” contains a brand-new set of 16 powerful songs between pagan folk and power-psych atmospheres. Inspired by the music and ethnography of their homeland Callaecia/northern Portugal. It is laboriously produced, capturing the revolutionary minds of these musicians. Among many traditional instruments they play the hurdy-gurdy, bagpipes, flutes, folkloric guitars, war-drums and many times these acoustic instruments are transformed with heavy distortions and meet the psychedelic bass and vintage guitars. It also features the new singer Emanuel Melo da Cunha on a fine debut. “Veleno de Teixo” is a step forward in their wonderful path and a pleasing example of how tradition is a living thing when folklore meets folk rock or dark industrial music. Includes great artwork and a 16 page booklet with psych-photo art and beautiful texts. 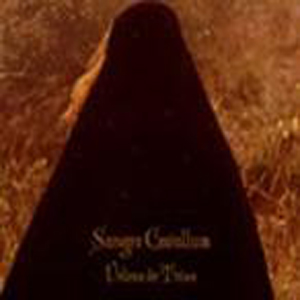